For the past three days I’ve been in Luang Prabang, which is the second largest city in Laos. For those who don’t know much about Laos, and I didn’t myself before I planned this trip, it’s a small country wedged between Thailand, Cambodia, Vietnam and China, that has the unfortunate distinction of being the most-bombed country on earth. Apparently during the Vietnam war it was bombed by a full plane-load of bombs, every eight minutes, for 24 hours a day. For nine years. A pamphlet I was reading talked about the bombing as being part of the “American War”. They have a different perspective here.

In any case, despite being the second biggest city, and former capital, Luang Prabang is a sleepy town on the Mekong River, where there’s really not much to do other than to just be here. I love it. The town is also crowded with monks, which makes sense since there’s at least 10 temples between the two little streets that make up the old city. The monks here are a lot younger than in Thailand though, and it’s funny to see them walking around with cameras and cell phones and acting like kids.

There’s actually a monk sitting next to me in the internet cafe as I type this, which makes me nervous, because there’s all kinds of rules about not touching monks and not pointing your feet at them, and not having your head above theirs. Plus a lot more that I can’t begin to remember. So right now I’m typing with my head slouched, my feet firmly on the ground, and my elbows tucked in so I don’t accidentally touch him.

The monks’ only meal of the day comes from donations from the community, and every morning at the crack of dawn they walk in a long line with distinctive bowls, collecting food.

Yesterday I took a trip to a local waterfall, or I should say, waterfallS, plural, because there were about 7 layers of small falls before the one giant one. It was in the middle of a forest, and I kept thinking I was in a theme park, because it seemed too beautiful to be real.

Other than that, I’ve just been hanging out, which is nice, because until Laos my trip had been very scheduled, so I’ve been enjoying the vacation from my vacation.

Tomorrow I head out for an overnight trip to go play with elephants, so I may not be posting for a few days.

In the meantime, here are the pictures I’ve been taking in Luang Prabang… 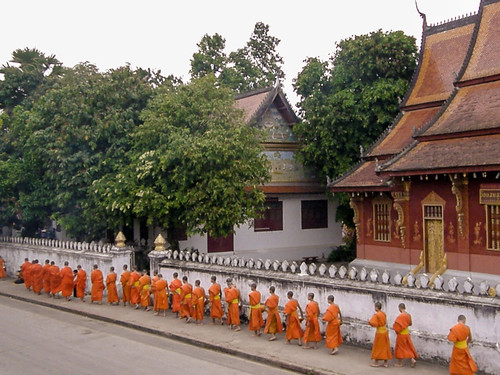 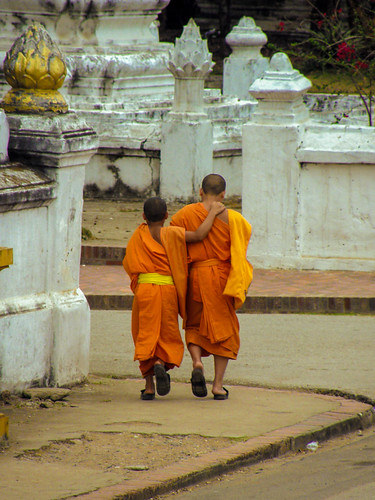 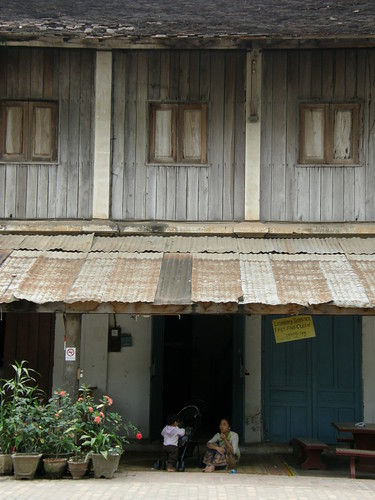 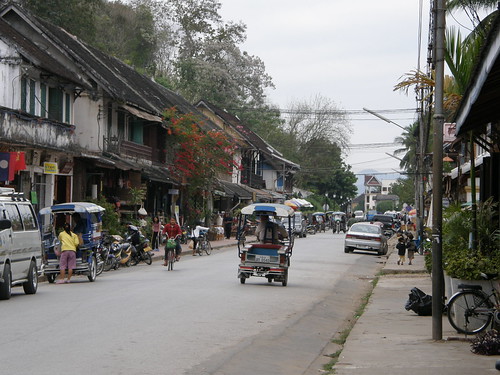 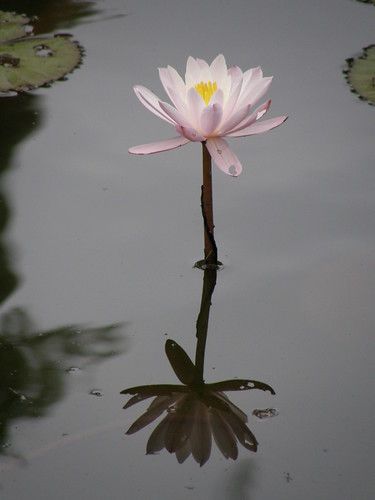 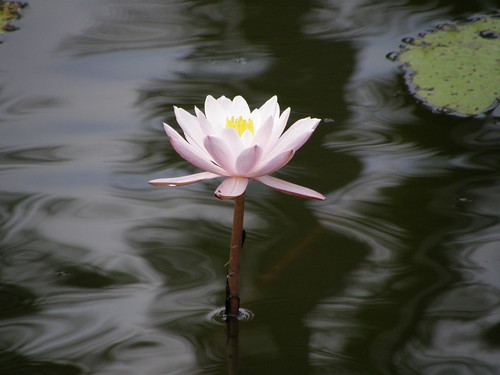 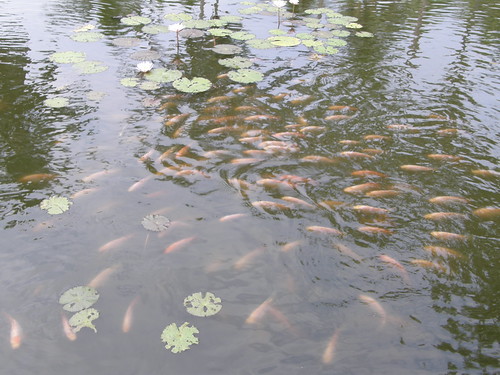 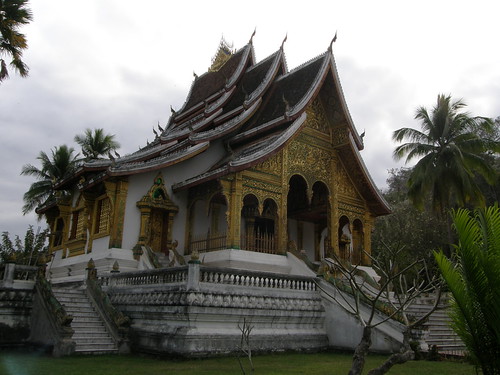 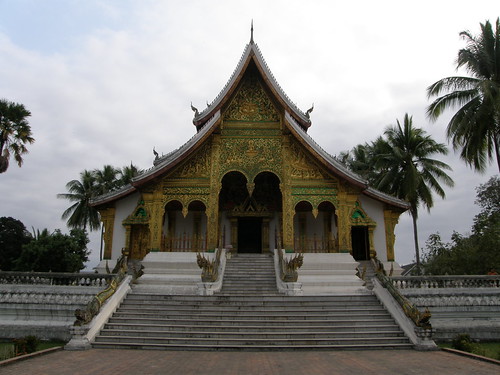 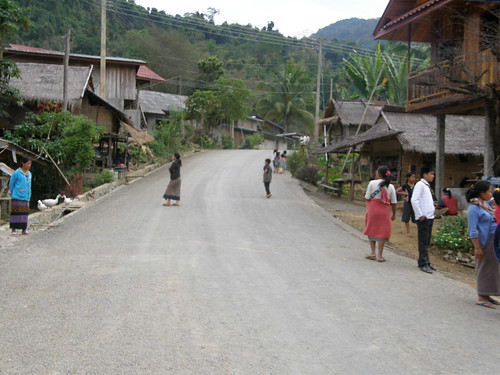 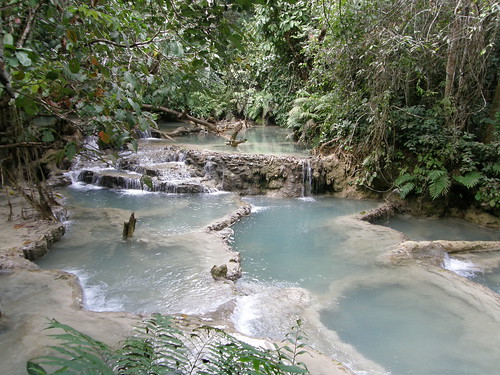 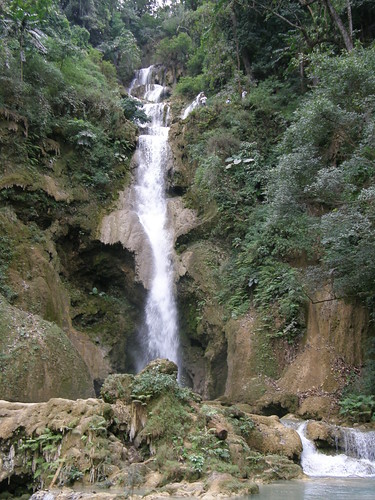 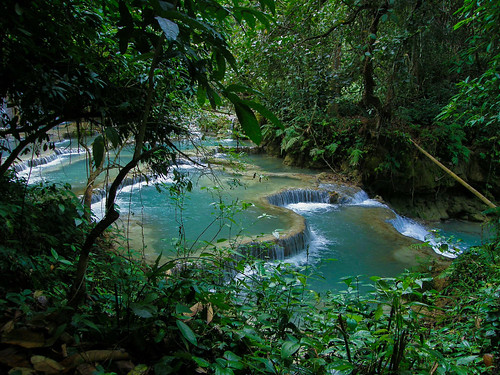 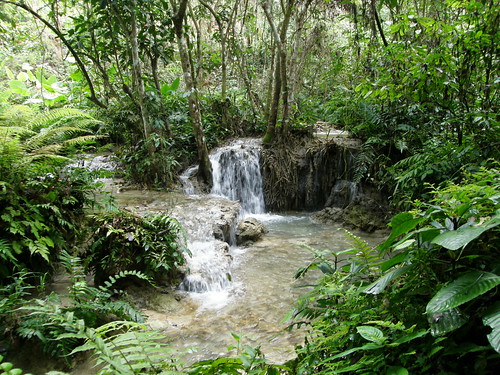 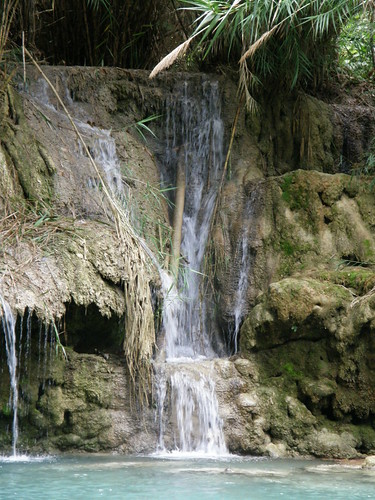 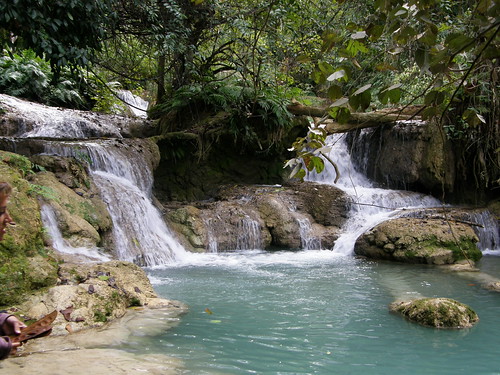 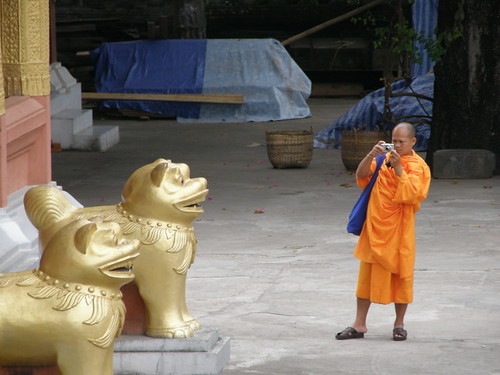 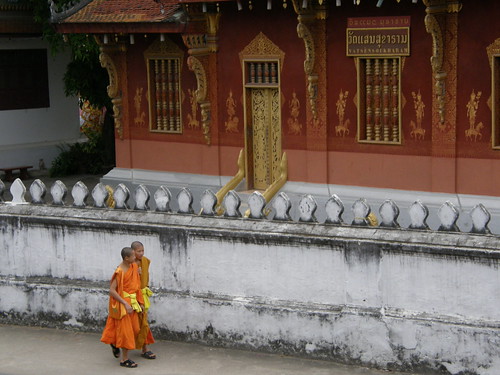 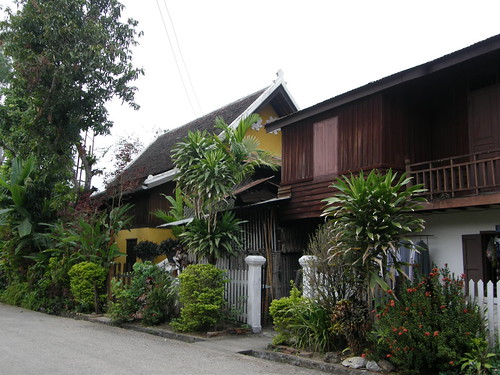 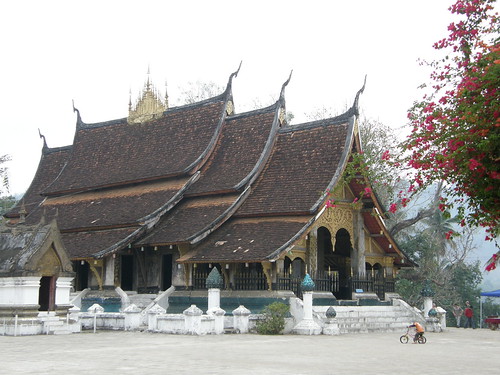 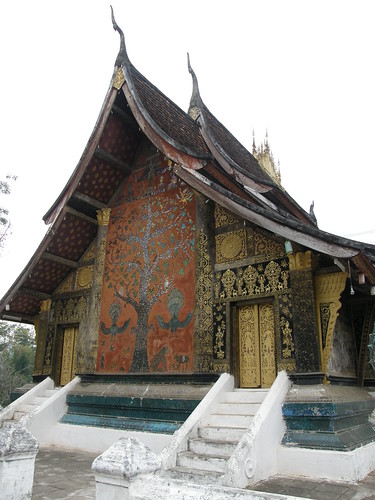 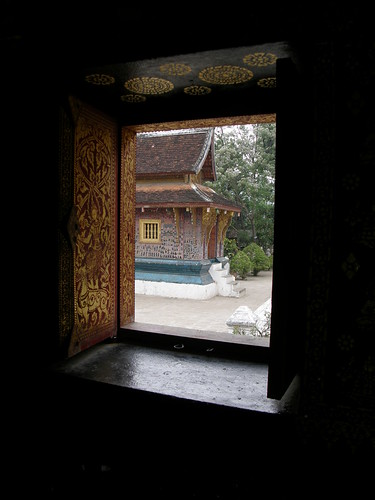 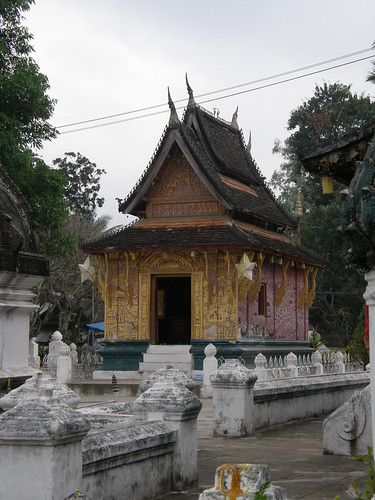 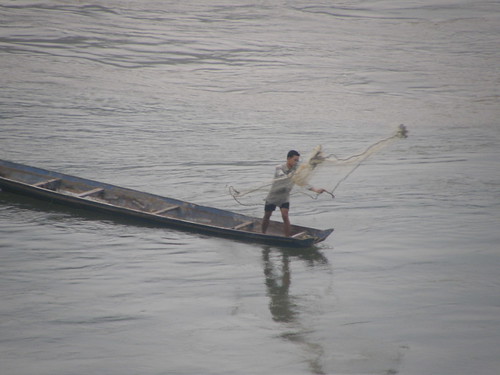 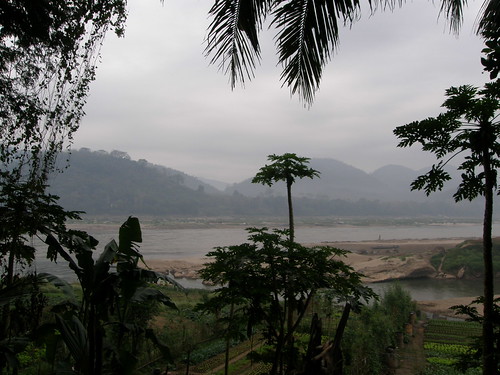 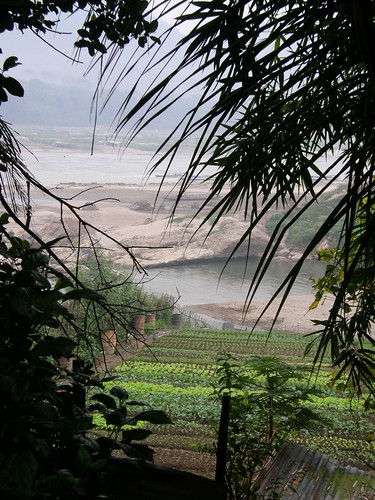 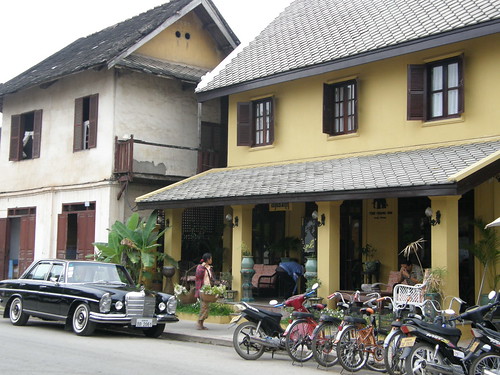 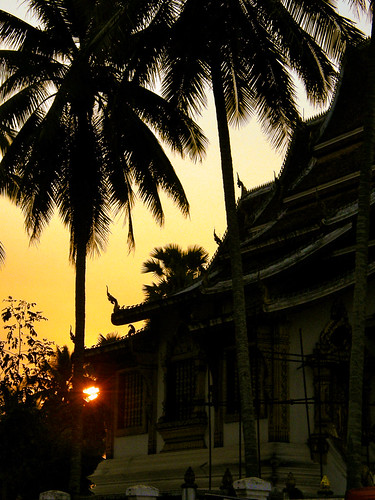 Sunset behind temple in Luang Prabang